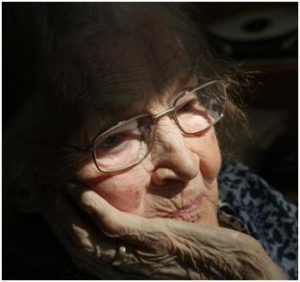 Neighborly Home Care in Delaware County knows that few topics are more uncomfortable to consider or discuss than the potential of a person losing their mental faculties due to age, injury, illness, or a combination of factors. Unfortunately, the situation outlined is a reality for millions of Americans.

Estimates vary considerably, but most believe that between 20-40% of all people over age 65 are suffering from some form of progressive mental handicapping.

The blanket term for this is dementia. According to the Alzheimer’s Foundation, “Dementia is a general term that describes a group of symptoms- such as loss of memory, judgment, language, complex motor skills, and other intellectual function- caused by the permanent damage or death of the brain’s nerve cells, or neurons.”

As home care providers in Delaware County, we are beginning a multi-part series looking into dementia and how to deal with it. The first part will focus on the various causes and contributing factors that can lead to dementia in old age.

The Many Potential Causes of Dementia

The best-known cause of dementia is disease, and several distinct illnesses have been found to lead to dementia.

The most famous and most common cause of dementia, Alzheimer’s involves clumps and tangles of proteins forming throughout the brain, inhibiting normal operation.

LBD involves round protein structures actively displacing brain cells. LBD is a relatively new classification, distinct from Alzheimer’s. Researchers are unsure about many aspects of LBD.

Generally caused by strokes, this form of dementia occurs due to a lack of blood flow throughout the brain. Unlike dementia caused by other problems, vascular dementia can be halted if the underlying cause of the vascular problems are resolved.

Dementia can be brought on by physical factors as well. As recent studies into head trauma among athletes in professional sports -such as football and boxing- have shown, repeated head trauma and resulting concussions can lead to long-term brain damage. However, in some cases, such trauma can be reversible, particularly if the person ceases the dangerous activity.

Some people are simply more susceptible to dementia caused by disease than others. Alzheimer’s, Lewy Body, and more have all been shown to have genetic links.

Since the brain is complex and vulnerable, many other factors can contribute. Some include:  poisons, vitamin deficiencies, medicinal interactions, and nutritional disorders, as well as being contributed-to by substance abuse such as cigarette smoking and alcoholism.

Dealing with Dementia in Your Family?

If you or someone you know is showing signs of dementia, seek help quickly.  Schedule a doctor’s appointment and contact a Delaware Home care agency such as Neighborly Home Care for advice on your options to help loved ones with dementia.

Neighborly Home Care employs professional, skilled and compassionate caregivers in Delaware County and surrounding area, who strive to make life as fulfilling and happy for seniors as possible. For a consultation or information about how we can help provide experienced care to senior loved ones, call 610-658-5822 today.

Are you a Home Health Care Worker?