Seasonal Impact on Seniors with Dementia 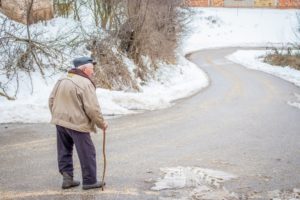 Our society has known for a long time that seasons affect our mental health. The most well-known of these effects, Seasonal Affective Disorder (SAD), has shed light on how our brains and mental states are affected during the different seasons. The most recent findings have found possible links between the seasons and seniors with dementia.

How Seasons Affect Seniors with Dementia

A study performed by researchers from the U.S. and Canada analyzed data from over 3,000 participants to find a connection between seasons and cognition, especially in seniors. The researchers compared the differences between individuals diagnosed with Alzheimer’s and dementia and those without these diagnoses.

Researchers found that on an average, older adults with and without dementia have better cognitive functioning during summer and autumn compared to winter and spring. When researchers controlled for the factors that could influence the results, older adults had 30 percent higher odds of being within range of diagnosis for mild cognitive impairments or dementia during winter.

The researchers also found seasonal variations in the levels of Alzheimer’s-related proteins in spinal fluid. Seasons also affected the brain expression of genes associated with cognition. Scientists may now have a greater understanding of how dementia is managed and of biological mechanisms.

With these findings, a key takeaway is that more dementia care resources and community awareness may be necessary during the winter. The study also reaffirms recent discoveries about the mental health effects of seasons, and that early symptoms of dementia or Alzheimer’s should be noted. Allocating more resources, raising awareness, and continuing to study the effects of seasons on senior adults can lead to improved care for seniors with dementia and other cognitive disorders.

We understand how difficult seeing a loved one live with dementia and other cognitive disorders can be. If you have a loved one suffering from mild cognitive impairment or advancing dementia, or who needs help with day to day tasks, Neighborly Home Care can assist with professional in-home senior care services.

We have been providing home health care services for many years. We care for seniors with dementia, provide home-care for those with physical disabilities, and more. Our experienced, knowledgeable caregivers can provide your loved ones with the proper attention to continue having a full life, even with dementia. Contact us to learn more.