Will Changes to Medicare Part B Affect Elderly Care in Bryn Mawr? 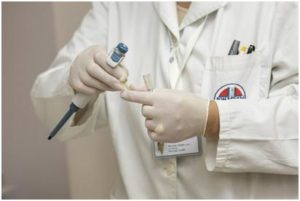 At Neighborly Home Care, we have noticed a lot of concern among those providing elderly care in Bryn Mawr regarding the proposed changes to Medicare Part B, and whether it would have any effect on them.

Medicare B has been a topic of some discussion in the news over the summer. The short answer is, no, as things stand Bryn Mawr elderly care will stay the same. However, circumstances could change, so the issue is worth exploring.

Will Medicare Part B Change?

Earlier in the year, President Obama proposed a series of changes to Medicare Part B payments intended to lower costs of the $20 billion dollar per year project. Medicare Part B covers a wide variety of in-office or in-hospital services, equipment, and medications delivered directly under clinical supervision; including most cancer treatment drugs.

The proposed changes would affect how physicians and hospitals are reimbursed under Medicare Part B. The old plan -which is currently still in effect as of this writing- repaid 100% of the cost of the service or treatment, plus an additional 6% meant to cover fees and overhead.

However, the concern is that the old plan is leading doctors to prescribe more expensive treatments than are necessary, since their profits rise along with the cost of the treatment. The government wanted to test several ideas for how to lower this risk, while lowering costs.

One new proposal, the first scheduled for testing, would reduce the additional payment to only 2.5%, plus a small flat fee.

The new proposed fee was ill-received, and has been the subject of criticism by Democrats and Republicans alike. Many are concerned that the fees would cause doctors to forego expensive treatments, even if those treatments were necessary or if no cheaper alternatives existed.

The concerns have caused the Medicare Part B initiative to come nearly to a halt. Bills have been introduced in Congress, although yet to be passed, to block the proposed changes entirely. For better or for worse, no changes have been made yet while Medicare officials, medical experts, and Congress continue to debate the issue. Therefore, no changes have been made to the Medicare Part B program -at least for the time being- and elderly care in Bryn Mawr remains unaffected.