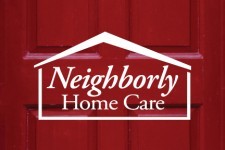 Since the designation by President Ronald Reagan in 1983, November has been a time to promote awareness of Alzheimer’s disease. At the time, less than 2 million people were known to be afflicted. Today that number has more than doubled, to over 5 million.  To show your support, you can wear a purple ribbon… but understand Alzheimer’s disease is also important.  Roughly 500,000 people are diagnosed with Alzheimer’s every year, and the symptoms can begin as early as middle age.

Knowing the disease and symptoms can help you spot warning signs within your own family, particularly if you have older family members.

What Is Alzheimer’s Disease?

Named in 1909 after discoverer Alois Alzheimer, Alzheimer’s disease is the most common form of progressive dementia among older Americans, and the 6th leading cause of death in America.  The mental faculties of a person with Alzheimer’s will slowly degrade, affecting both their memory as well as their ability to perform everyday tasks.

Sadly, Alzheimer’s disease has yet to be cured, and science is still seeking to understand the disease’s method of attack.  Medications are available which can slow down the progression of Alzheimer’s, but the effects will continue for the rest of a person’s life.

What Are the Common Symptoms of Alzheimer’s Disease?

Alzheimer’s, and dementia in general, can affect people in a variety of ways, many quite individualized.  However, some symptoms exist which are common to most or all of Alzheimer’s cases:

Caring for Someone with Alzheimer’s Disease

During the early stages of the disease, an individual or family can easily provide care to their loved one.  For example, by:

The reality is that Alzheimer’s disease will only get worse as the years pass, unfortunately.  A time may come that you feel unable to provide the necessary care.  In those situations, consider calling in an in-home senior care agency.  We can help maintain your loved one’s standard of living, allowing them to remain in their homes (or a family member’s home) with supervision and support.